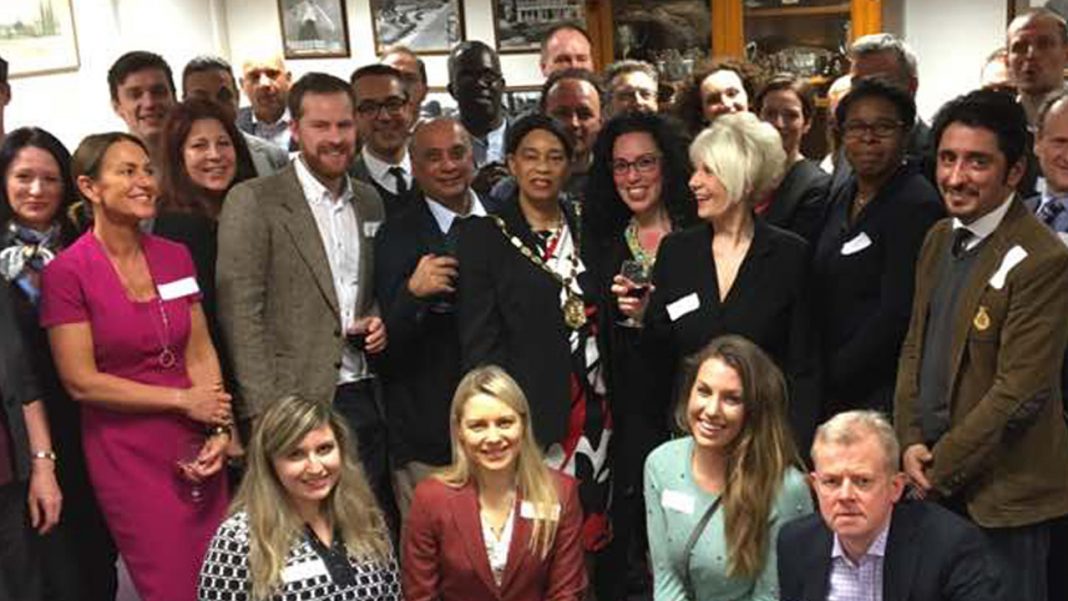 A-B 24/7’s managing director Chris Godly was invited to attend an evening reception for Merton Businesses held in the Mayor’s Parlour at the Civic Centre in Morden on Wednesday15th February.

The evening was attended by representatives of over 40 Merton based businesses as well as Diana Sterck and Raymond Kinsella from the Merton Chamber of Commerce. Councillor Fraser greeted everyone as they arrived and later on in the evening gave a short speech regarding her background, work achieved during her mayorship and the extensive charity work she is involved with in the borough.

The official chains of office and ceremonial mace were on display and purpose and history explained. It was a great opportunity for Merton businesses to meet, network and catch up.

“It was lovely to meet the Mayor of Merton, Councillor Brenda Fraser at the Merton reception for business and hear about her time as mayor, as well as the wide range of Merton businesses attending, including some of our local clients and suppliers. The support of Merton Council and Merton Chamber of Commerce is valuable to local businesses. A highly enjoyable evening.” Chris Godly

Going to the Ideal Home Show?… we will be, every day